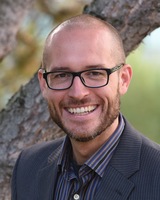 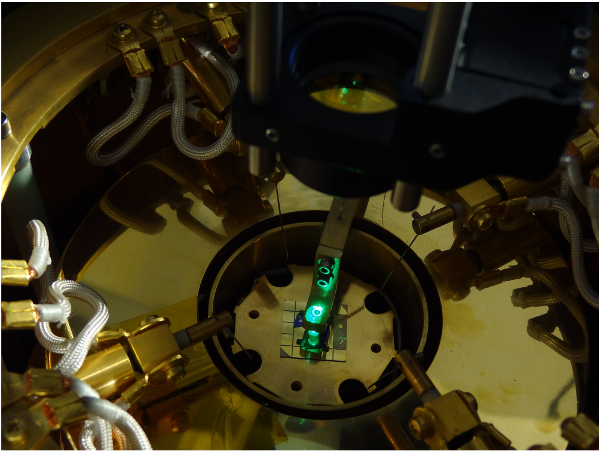 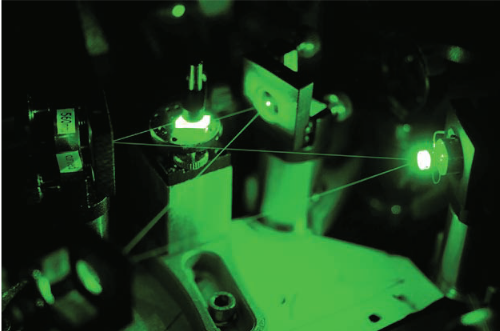 Our research group is interested in controlling complex quantum systems at the single quantum level. Such control can be achieved, for example, for molecules at ultracold (below millikelvin) temperatures. Ultracold molecules offer a vast number of applications, ranging from searches for novel physics, probes for possible variations of fundamental constants, precision measurements, studies of many-body quantum systems, and manipulation of the outcome of chemical reactions. Among the different types of molecules, polar molecules are of particular interest, since their electric dipole moment introduces a long-range interaction between the molecules. This additional degree-of-freedom has been, for example, suggested to enable a new architecture for hybrid quantum computing. In order to realize these applications, an ultracold and dense sample of molecules is required. We employ a cryogenic buffer-gas source to create a high-flux beam of a versatile set of molecules at a few Kelvin. This beam allows us to subsequently apply laser cooling and other atomic physics techniques to reduce the temperature even further, eventually reaching the ultracold, degenerate quantum regime. 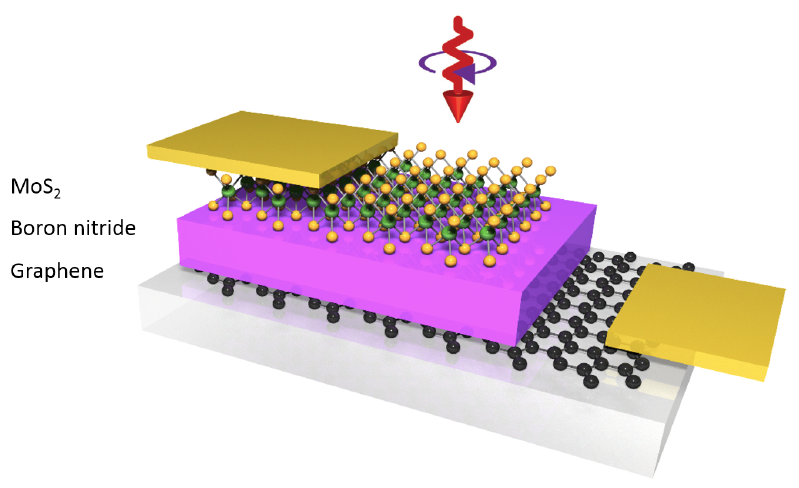 The LUI group focuses on Laser spectroscopy and Ultrafast science of Innovative materials. In particular, we are interested in the electron, phonon and spin dynamics in novel two-dimensional systems, such as graphene, boron nitride and transition-metal dichalcogenides, as well as heterogeneous structures formed from these atomically thin materials. Our experimental techniques include Raman, infrared and ultrafast pump-probe spectroscopy and imaging. Our research also involves state-of-the-art nanoscale device fabrication and new methods of material fabrication, characterization, and manipulation. 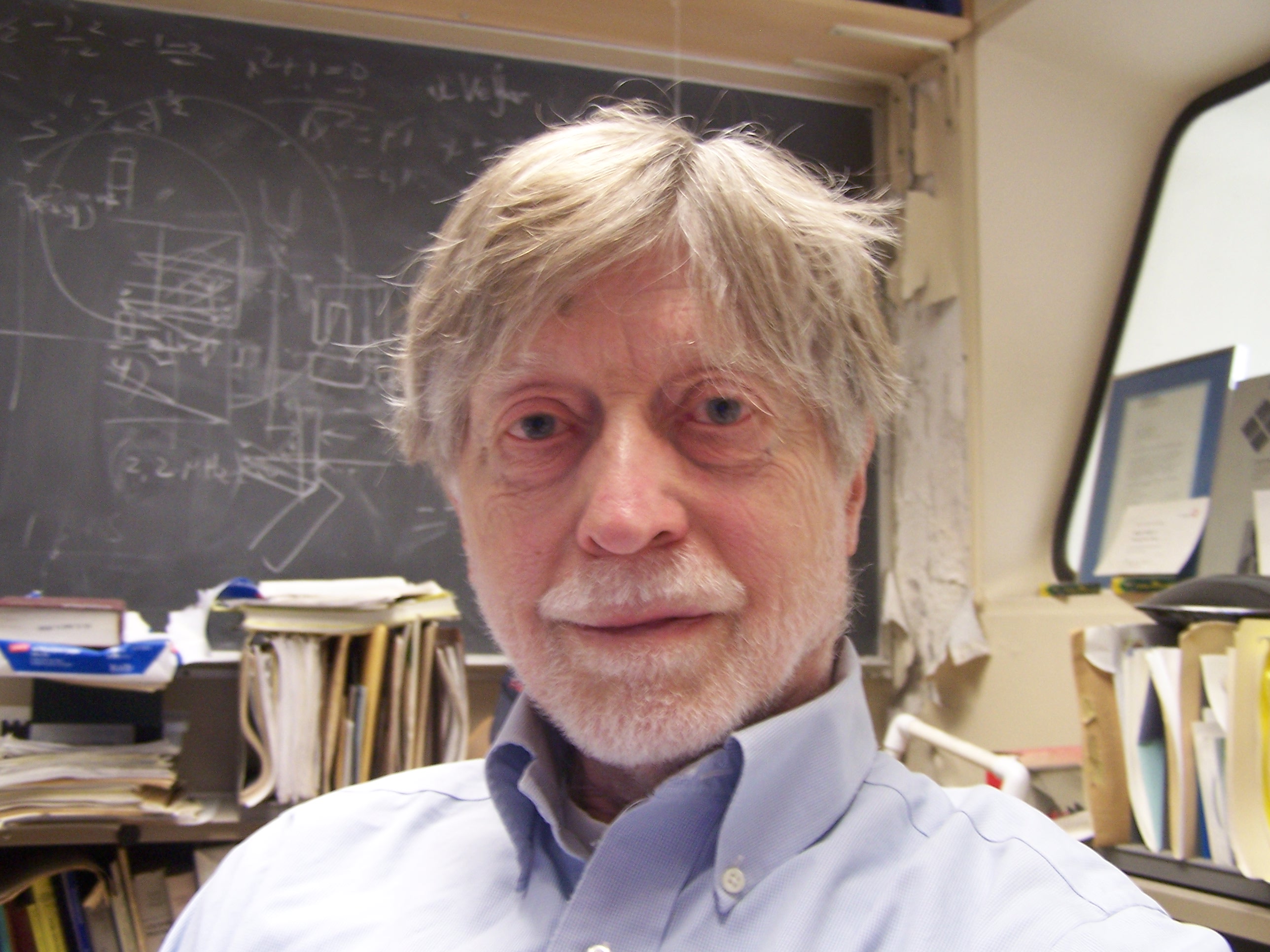 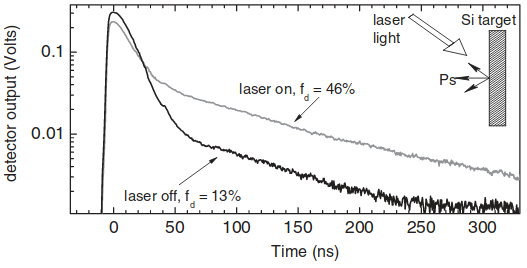 Allen Mill's research is centered around topics involving antimatter in the form of positrons. The activities include the following: (1) Measuring properties of materials using positrons, with a recent goal being to use precision measurements of positronium affinities for various single crystal metals to help improve the Hohenberg-Kohn-Sham density functional that is used for computing the properties of everything made of atoms with rapidly increasing detail. (2) Experimenting with positronium atoms, ions and molecules, a current experiment being to measure the 1S-2S interval of positronium with Prof. Harry Tom and coworkers, with an eventual precision of a part in one trillion as a contribution to understanding the proton radius puzzle and measuring the Rydberg constant. (3) The quest to measure the gravitational free fall of positrons to see if there is something strange about antimatter gravitation that could have profound implications for our understanding of the expansion of the universe. (4) Production of large collections of cold positronium atoms needed for making a positronium Bose Einstein condensate and the subsequent development of an annihilation gamma ray laser. Eventual applications could include metrology, imaging, and energy production. 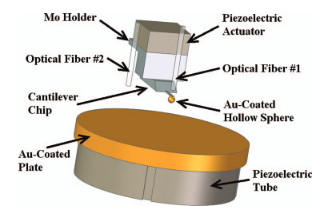 My main research focus has been on studies of quantum fluctuations through pioneering experiments on precision force measurements of the normal Casimir force using micro cantilever techniques. I have also made extensive investigations of the geometry dependence of the Casimir force through measurements of the lateral Casimir force using periodic diffraction gratings. In addition, I have an active experimental biophysics research program involving investigations of single molecule interactions and bio membranes. While the contributions in all areas have been noteworthy, with publications in highly reputed journals, the work on the Casimir force continues to attract widespread international attention. For example, our pioneering measurement of the normal Casimir force has 547 citations, and our review article on the subject has 618 citations. I have recently coauthored an invited review for the Reviews of Modern Physics and published a 768 page book titled "Advances in the Casimir effect" by Oxford University Press which was selected to be part of their premier section, International Series of Monographs in Physics. I have also given over 8 plenary conference talks, and over 20 colloquia at universities and national labs. The research is well supported with NSF, DOE and DARPA grants. Our results have also been used to set the best constraints (for certain distance ranges) on the existence of new particles and extra dimensions. The results have also been used by the engineering community in the fabrication and design of Micro-Electromechanical Systems (MEMS). 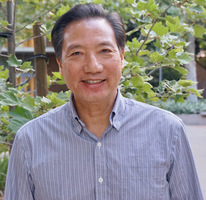 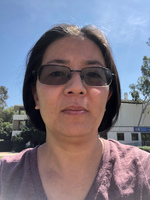 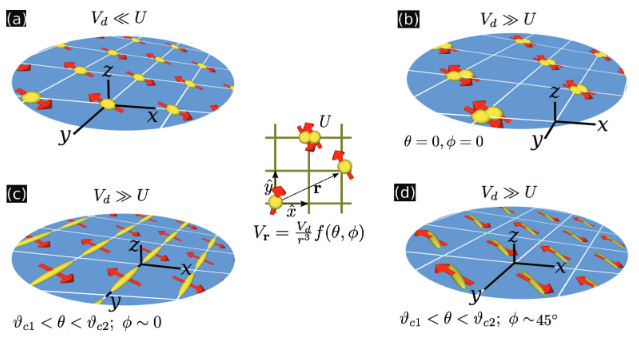 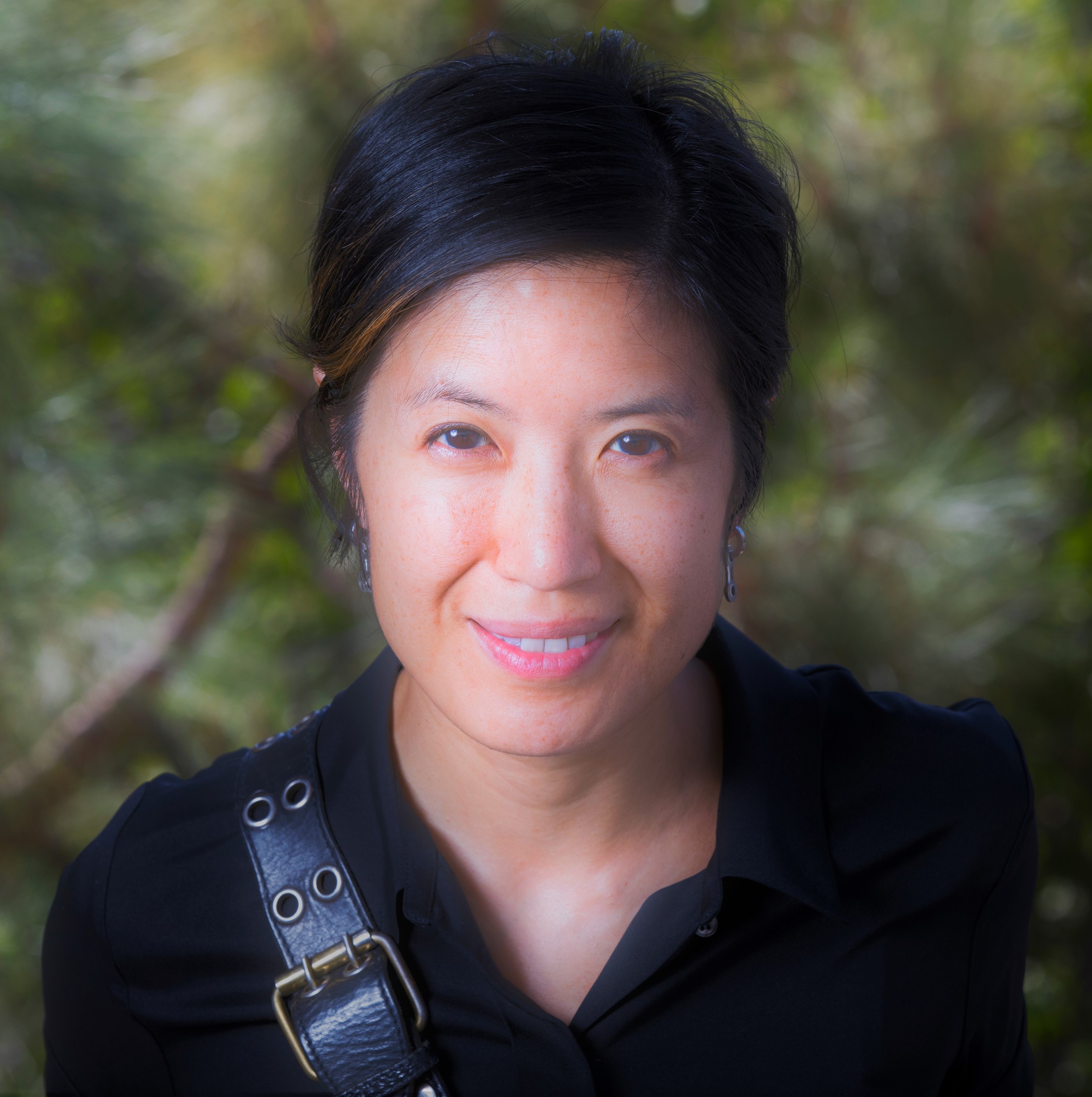 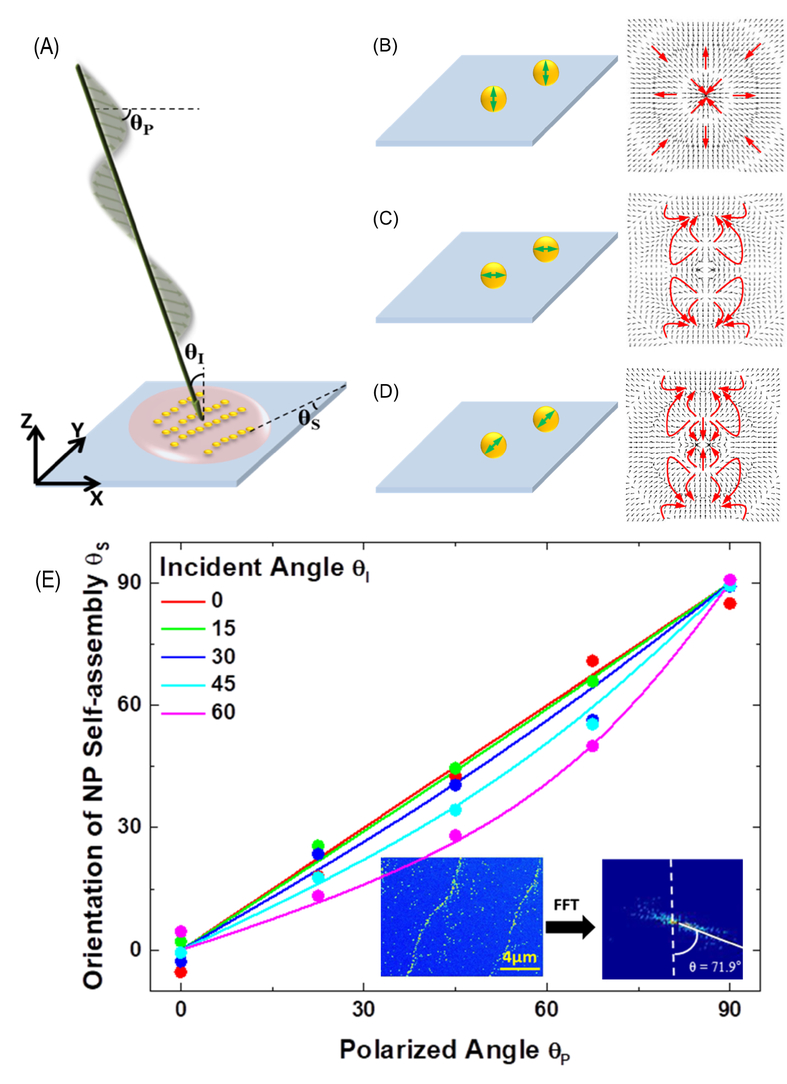 Our group explores light-matter interactions with multi-modal and computer-vision tools for analyzing nonlinear and emergent dynamics. We are interested in the light-induced self-assembly, the growth of instabilities, and synchronization of 'noisy' systems. Current and recent projects include the investigations of: dissipative light-induced pattern formation of metal or plasmonic nanoparticles in liquids, collective lattice modes of photonic crystals, and ionization in isotropic media from high-power lasers. 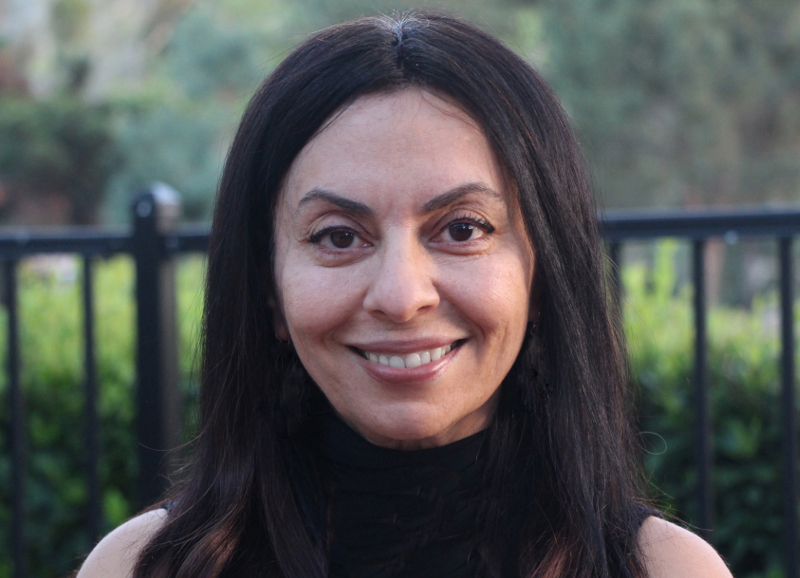 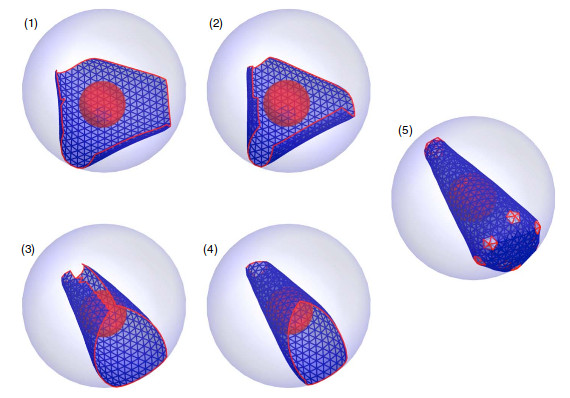 My research interest lies in the fields of statistical mechanics and condensed matter physics. A principal area of current research is the statistical mechanics of virus assembly, both equilibrium and nonequilibrium aspects. I am, in particular, interested in the influences of electrostatic and entropic mechanisms on the stability of viral structure and on the dynamics of the self-assembly process. Other current projects include the statistical mechanics of both neutral and charged polymers, the dynamics of the passage of polymers through membrane pores, knot theory and Casimir forces in superfluid films.